He shouldn't have been surprised to find his boxers on the curb when he arrived home that morning. Looking up the lawn, he saw the rest of his clothes scattered. She new where he'd been all night, and he had to wonder if one night's indiscretion had it all been worth it.

He also shouldn't have been surprised that she'd filed down the end of his toothbrush into a fine point. He was sure she'd learned that trick from watching too many prison based TV shows.

She was an expert markswoman, because when he approached the house to plead his case, she hurled it at him and stuck him in the neck.

He thought she'd just poked him, but feeling the wound and looking at his hand, slick with blood, he couldn't believe the ooze spilling down his shirt. "You stabbed me!"

"What do you think you've done to me? You stabbed me in the heart. Well this the last time!" she cried, then slammed the window closed.

He felt himself weaken from the loss of blood and banged on the door as hard as he could, blood splattering the glossy white paint.

He staggered up the road, hoping to meet one of his neighbors leaving their home for work, but the neighborhood was eerily quiet. He staggered into the middle of the road and looked around. Someone had to be awake, had to see him.

His legs gave out and he collapsed. Pain shot up his knees when he landed and felt his shoulder compress into his spine when he collapsed.

He gazed up at the sky. Small grey clouds drifted by against a blue sky, blocking out the sun.

He felt his breathing slow, felt the toothbrush pulsing with his heartbeat where it was still lodged in his neck.

A gentle breeze ruffled his hair. He was getting cold. The panic he'd felt moments before eased. His body felt heavy, too heavy to move. He could only see the sky...and heard...church bells.

He closed his eyes against the sun appearing from behind a cloud, but the brightness still pierced his eyelids. He was too weak to turn his head away.

Church bells? His foggy mind spun for a moment.

The bells seemed out of place, but then he remembered. He took a shallow breath. It was Sunday. No one was leaving for work.

A moment later, he stopped breathing. He no longer felt the need to. His body seemed to meld with the tarmac as he slipped out of consciousness.

No one was going to help him.

It had been three years since the accident.

He felt the briny Pacific breeze ruffling his beard hiding the only physical scar he’d sustained that day. In his mind, every other scar he carried tumbled against his skull and tried forcing their way through his skin. He itched and ached to rid himself of the sorrow he still felt eating at his insides.

He came to the Dutch Windmill in the west end of San Francisco’s Golden Gate Park because this had been where they shared so much of their short history. Hoping no one saw him, he let himself into the tower and climbed out onto the top of the cap. He didn’t fear heights. The only fear he had was a life without her. He hoped by confronting his past he could release the pain.

Sitting cross-legged, he closed his eyes and remembered her.

She’d been a Dutch architecture student at SFSU (San Francisco State University). She’d been excited about studying in the City by the Bay. Within a few short months, she’d become a proper California Girl with her bronzed skin and sun-kissed hair.

He knew she was homesick and surprised her on their first date. Then, as now, the tulips had been in full bloom, despite the chilly sea breeze.

On the one-year anniversary of their first date, he brought her back and proposed. Not because her visa was about to expire, but because he loved her. Until he’d met her, he never knew what love was. Real love. The kind of love that punched you in the gut, but had you begging for more. She did that to him. Every damn day. Even now, thinking about her. It was almost as if she was here beside him, even though he knew she never would be again.

He shook the thought away and remembered her nuances — the way her long, wheaten hair rippled in the breeze; how her soft lips naturally smiled at the edges; how the color of her eyes mimicked the most delicate shades of the sea; and the light blush of her cheeks when she caught him staring at her. She blushed a lot. He stared at her. A lot.

Her boldness had startled him at first. But she was a woman who knew what she wanted, and he let her take it. Together, their naked bodies melded as one. Their time seemed almost . . . ethereal. Sure, they’d had their share of quickies and sweaty couplings. But the other times  . . . the times when she simply sheathed him and put her arms around him, and held him as she barely rocked against him . . .

The memory nearly ripped out his heart. He felt hot tears rushing down his face. The wind picked up and felt like her fingers weaving through his whiskers. He tilted his head in the familiar way, expecting to hear her soft, “I love you.”

They’d told him what happened when he’d awakened from surgery — weather conditions had been perfect, traffic conditions light.

They say people never remember an accident as it happens. But he remembered every second in slow motion. And relived it every day since.

Minutes before, they’d exchanged their vows in the registry office at City Hall, and he was anxious to get her across the Golden Gate before rush hour . She still held the bouquet of tulips he’d given her before the ceremony. His heart swelled, remembering how beautiful she’d been when he’d glanced over and saw how the breeze through the open window caught her hair.

He’d reached over and put his hand on hers. She’d turned, her eyes full of love. There was nothing before him but her. She mesmerized him.

Then the horns, tires screeching — parts of the car’s interior smashed against his ribs, his head, his shoulders as he tumbled inside the vehicle.

He’d seen her look of joy instantly change to horror, disbelief changed to pain. And once the vehicle had settled, how the light left her eyes. He couldn’t breathe, but now it was shock, and a broken jaw.

The last three years had been Hell. He came here every year on their anniversary, hoping he could move past that day. Today he would.

Opening his eyes now, he saw the sun licking the last of the horizon. Behind him, the night sky gave way to stars and a crescent moon. Before him, the last tinges of orange and gold faded away. Below him, darkness.

It was time to go.

He stood and instantly felt the rush of the sea breeze through his hair and beard, felt the instant clarity it brought. He closed his eyes again, inhaled deeply, and outstretched his arms.

And fell into the dying sunset. 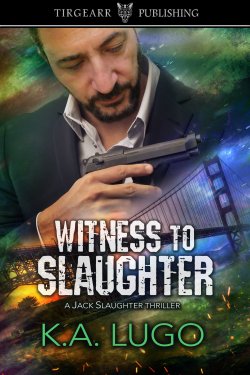 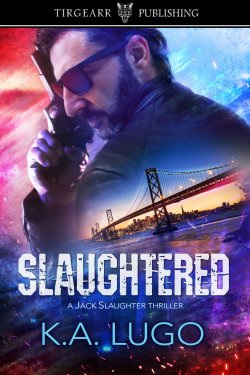